The MAV understands that today in Parliament the Victorian Liberals will seek an amendment to the electoral regulations to remove the option to include how-to-vote cards in postal ballot packs. While Parliament has the capacity to review and amend regulations before they become operational, it is concerning that this change is being sought so close to the council elections. The MAV has consistently advocated for voters to be more informed about candidates, and the inclusion of how-to-vote material in ballot packs is consistent with this position. We will keep you updated as this matter progresses. 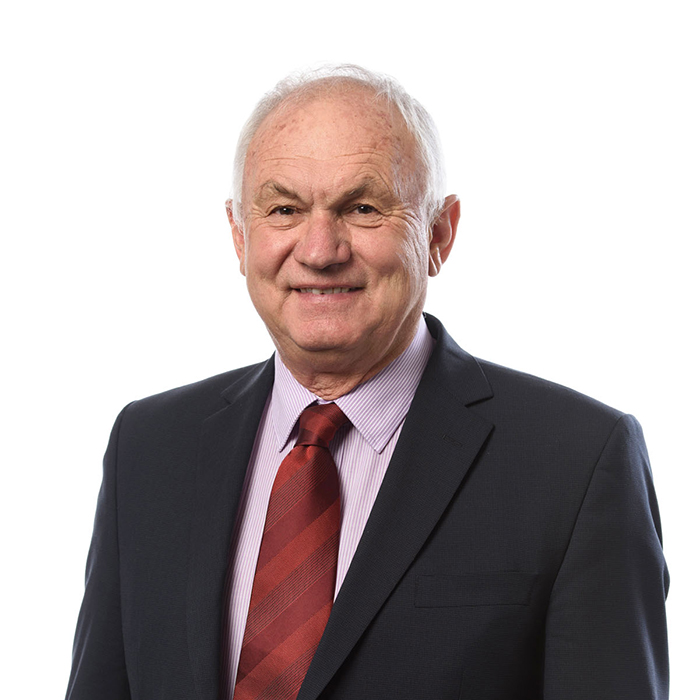 Welcoming a new MAV Board member

Earlier this month we welcomed Cr Ronald Janas from Alpine Shire as the MAV’s new Board member for the Rural North East region. A by-election was held following the resignation of Cr Mark Byatt in July. I look forward to welcoming Cr Janas to his first Board meeting at the MAV this Friday.

The Local Government Amendment Bill was introduced to Parliament by the State Government on 16 August following advocacy from the MAV to ensure current councillors won’t be impacted by the new Councillor Code of Conduct disqualification which commences on 1 September. This week the Bill was passed by Parliament and will receive Royal Assent today.

The amendment followed a report by the Local Government Investigations and Compliance Inspectorate to the Minister recommending to disqualify 107 councillors and appoint administrators at 13 councils for purported breaches in adopting their Councillor Code of Conduct. Excluding a small number of individual councillors who refused to sign, the majority of purported failures could best be described as either minor administrative errors, honest mistakes or a council’s interpretation of compliance differing from the Inspectorate’s view.

While we’re pleased the Government acted so quickly to resolve this matter, we were nonetheless disappointed about the manner and tone used to announce the legislative fix. The Government’s attack was not within the spirit of the Victorian State-Local Government Agreement, and the MAV communicated this view in the strongest terms possible.

We issued a quick rebuke to put straight some of the facts that were misrepresented by the Government in their haste to lay blame on councils. Over five days, we provided media commentary across the state, amassing more than 80 media mentions in print, radio and TV including interviews with Tom Elliott on 3AW, Raph Epstein on ABC 774 and comments in the Australian, Age, Herald Sun, regional daily papers and as far afield as the Courier Mail in Brisbane.

Our draft submission on the Local Government Act review will go out to members later this week. It is currently being circulated to our LG Act Review Taskforce and Board for endorsement before feedback on the MAV’s draft response is sought from our broader membership.

Our submission notes that while there may be divergent views from a small number of individual councils on some matters, collectively the sector has expressed a majority position in relation to a number of issues including the proposals relating to voter franchise; mayoral terms and additional roles; deliberative community engagement; and the prospect of more prescriptive regulations with a slender, more concise guiding legislation. We also raise concerns that a number of proposed requirements in the State’s directions paper will add substantially to council costs without any increase in the efficiency of council operations; and that in a tight fiscal environment underpinned by rate capping, the cost of compliance should be a practical consideration if additional requirements are proposed.

Our draft response also supports the State’s proposal to deal with a review of the Municipal Association Act separately, and we reiterate the need for the Government to directly involve councils in this review process. Our response in relation to the MA Act and Rules Review will be guided by our recently established MA Act and Rules Review Taskforce and ultimately will be voted on by our members.

With all councils needing to review their Road Management Plans (RMPs) following the upcoming elections, MAV Insurance recently provided free risk, claims and legal advice to its LMI scheme members through a special series of Best Practice Forums. These sessions were open to all MAV Insurance members and were very well attended.

This is a great example of the additional level of service that MAV Insurance provides to our scheme members, based on our in-depth knowledge of the risks and exposures that councils face. Our focus on risk management, combined with our highly competitive products and premiums saw 14 of the 18 Victorian and Tasmanian councils that went to tender for public liability and professional indemnity this year choose to remain with MAV Insurance.

The LMI scheme has in excess of 90 per cent of all Victorian and Tasmanian councils as members, which is a great endorsement given the highly competitive marketplace we’re currently operating in.

Our next round of Best Practice Forums will take place across the state during October and November.

We recently submitted our third response (PDF - 701.6KB) to the Victorian Parliamentary Inquiry into Rate Capping. This submission focused on the emerging consequences on councils’ service and infrastructure provision arising from the State’s rate capping policy; as well as observations from the first variation process undertaken by the Essential Services Commission (ESC).

We highlighted evidence of some councils reducing their financial support for SES units, school crossing programs, home and community care, and public library operating hours. Councils who had their application for a variation rejected by the ESC also reported delays in some planned capital works projects.

Our submission also raised concerns about the inconsistency applied by the ESC in its decision-making process, as well as a continuing lack of clear guidance around the application process. These concerns were also raised during our meeting with Peter Brown, who has been appointed to undertake an independent review of the ESC’s approach and processes for considering higher cap applications from councils.

It’s pleasing to note the State Government this month announced it would fund the ESC for a further year to assess variation applications from councils. We believe this funding should be made permanent as applications have been a resource-intensive and costly exercise for councils this year, and the State has a responsibility to fund the cost of the ESC fulfilling its role under the State’s rate capping policy.

Following the recent success of our second issuance of the MAV’s Local Government Funding Vehicle (LGFV), we’re holding a briefing session for councils interested in participating in future borrowings. The LGFV is an ongoing facility available to councils and we are currently seeking Expressions of Interest to participate in the next issuance. The briefing will take place at the MAV offices on 22nd September. The EOI process will close on 30th September following the briefing session, allowing councils to fully understand the opportunities available.

Finally, I hope to catch up with many of you at our upcoming annual conference, dinner and State Council on 8-9 September before the caretaker period commences for council elections. Registrations for the conference and dinner are open online and MAV members can also register your attendance for our final State Council meeting for 2016 (members of the public do not need to register).

A last call for applications to receive our 2016 Councillor Service Awards went out to councils via email last Friday. All applications must be received by 5pm tomorrow, Thursday 1 September to jsaylor-briggs@mav.asn.au to be considered for an award.